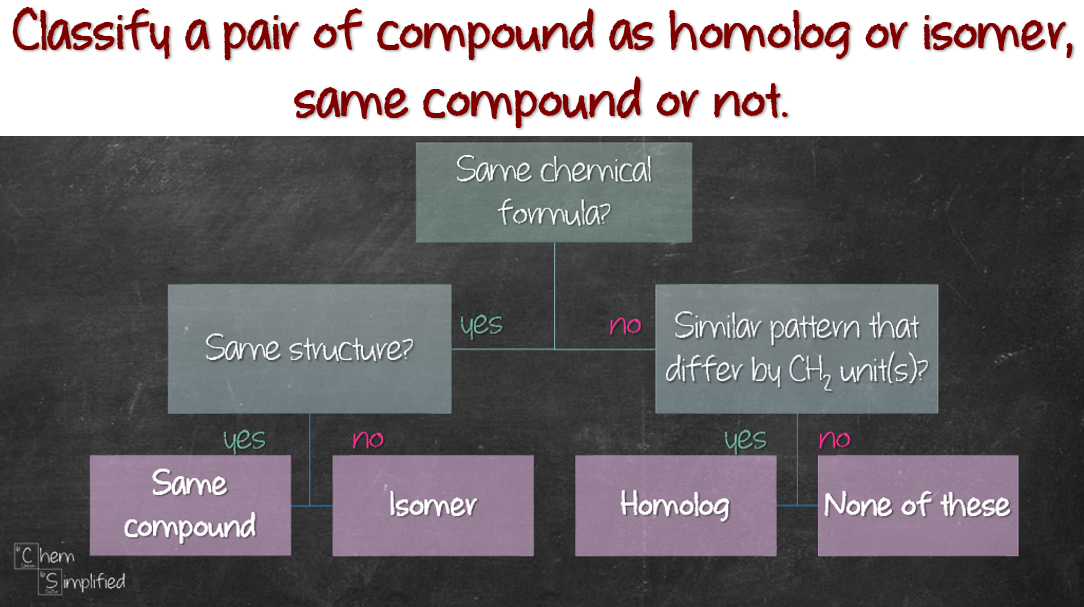 Along with knowing the basic functional groups that are present in organic compounds, chances are high you will encounter these two concepts: Homologous series and Isomerism. Homologous series (homolog for short) is like a family consisting of siblings that possess the same/similar traits. For example, the most basic homologous series consists of unbranched alkane. Check out the list the first 10 siblings below.

Notice that their structure look kind of the same? The only difference between one sibling and the next one is the extra CH2.  That’s one of the characteristics that define homolog. Also, homologs share the same functional group and general formula (CnH2n+2 in our case of unbranched alkane).

Quite similar, isn’t it? It’s safe to say, boiling point generally rises roughly 20-30°C for every additional carbon in a homologous series. You will be able to observe some kind of trend when it comes to physical properties for homologs. It’s like you notice all the siblings in a family have curly hair, and as their age increases, their hair gets longer. So youngest sibling has the shortest curly hair while oldest sibling has longest curly hair. (Don’t shoot me if you have genetics knowledge. I’m just trying to come up with an analogy to help make sense.) [If you have a better analogy, I’m all eyes, do write it in the comments below. ;-)]

Homologs also tend to have similar chemical properties. For example, alkanes undergo combustion with oxygen to produce carbon dioxide and water. However, as the size of the alkane grows larger, the combustion becomes harder to proceed. Nonetheless, there is a trend in terms of their chemical reaction with oxygen. Another example – since alkanes are nonpolar molecules, they generally do not react with ionic compounds. It’s like saying, the siblings generally do not like to eat sweet stuff, therefore most of them stay away from candies, cookies, cakes or anything sweet. The younger one may eat a candy once in a blue moon but the older ones won’t even go near any sweets. Crazy right? Who doesn’t like sweet stuff? I digressed, anyway, you catch my drift.

All this talk about homologs and their characteristics are summed up here: 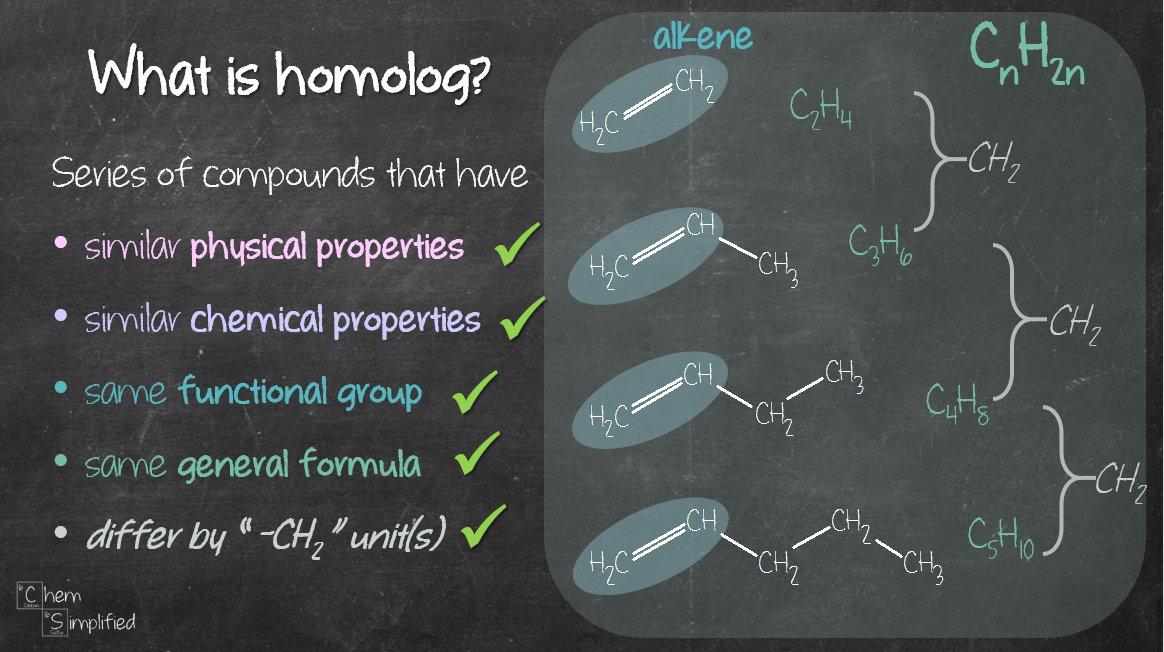 Alright, if you got homolog down. Then, what about isomer? I can summarize them in 2 points: 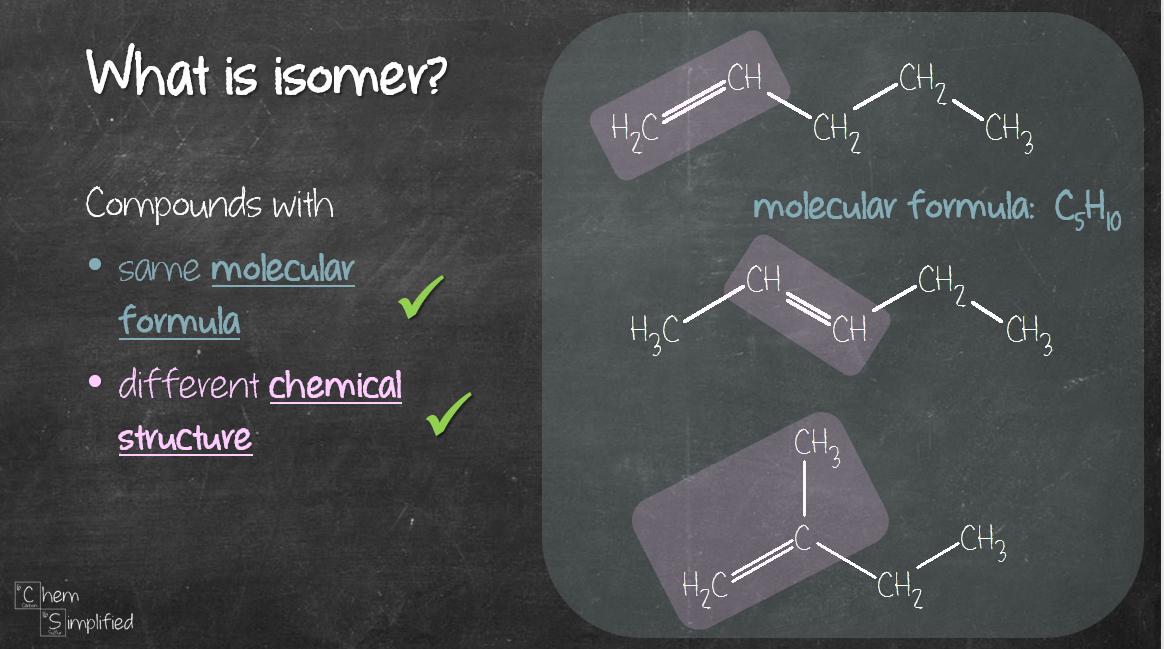 Of course, at this (basic Chemistry) level, the isomers we are talking about refer to constitutional isomer. Don’t worry about it if you’ve never heard about them. But, if you are curious, you can read more on how isomers can be classified and where constitutional isomer fits in. In order to spot isomers, you’ll need to be able to count the number of atoms present for each element in the compound and also be able to see if they are connected differently. If you need a refresher on counting atoms, you can read all about it here.

If you feel like watching how I go through each of the points defining homolog and isomer, you can watch it here:

So anyway, what if you need to classify a given set of compounds is homolog or isomer, or if they are the same compound or not? Don’t worry, I’ve got you covered. Just use this simple flowchart and you can classify like a boss!

Watch how I walk through the flowchart here:

Ready to test your skills? Each practice is centered on 1 set of compounds and consists of 5 questions. Click away!